Together with the kids from Shadow Game we launch the manifesto 'Protect children on the move'. With four recommendations to national and European politicians to better protect unaccompanied refugee children.

If a child has to flee to another country, the child must be protected and helped in that country.

On paper, refugees have the right to apply for asylum in a safe country. But to get there, they have to make a perilous journey. This is the most dangerous for children. If they flee alone, there is no one to protect them against human trafficking and crime, for example.

But they face many more problems are on their way.  Some countries through which children travel treat them as adults. If the children ask for help, they often have to wait a long time. Sometimes they are even – against the rules – forcibly sent back by countries to where they came from. And once children arrive in a safe country, then there is often little attention for their trauma and for getting used to their new country.

Nobody can agree with the current situation with children on the move. Things have to change! We believe that: 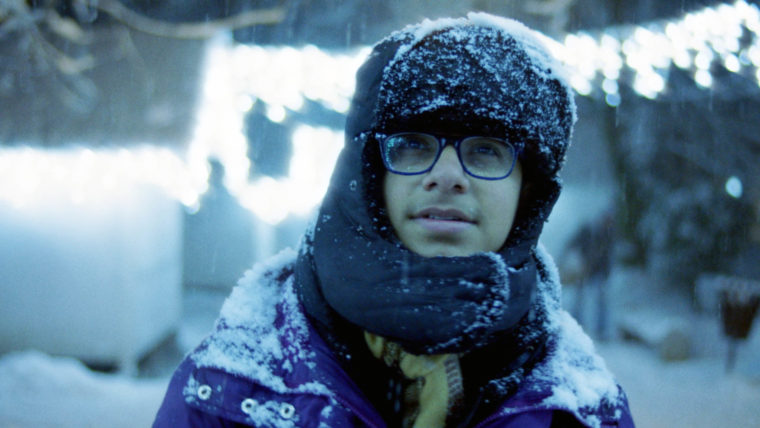 Mohammed (14) Syria. Croatian border guards claimed he was 20 years old and sent him back without procedure, into a minefield

1. Safe ways to apply for asylum

We cannot accept everyone, it is said, but currently only 0.6% of the entire EU population is a refugee. In comparison, 4.3% of the population in Turkey is refugee. The vast majority of all refugees are hosted “in the region”. But because the camps and cities are overcrowded and the countries often poor and unstable, refugees do not have the opportunity to build a life there. Exploitation and child labor are the order of the day. For example, the then 13-year-old Kurdish Syrian Shiro worked with his father for a number of years in a clothing factory in Turkey. They worked long 14-hour days under very bad conditions. Sometimes they were not even paid.

The rest of the family stayed behind in Syria and lived on the little money that Shiro and his father sent. There was no future in Turkey. And so money had to go to a smuggler to smuggle Shiro to Europe. In this way he risked the crossing to Greece, at the risk of his life.

How could Shiro have safely sought protection?

There are countless ideas. Here we mention a few. Enable asylum applications at embassies, increase the quota of resettlement from the region, provide work and study visas for young people from war zones, let citizens adopt a refugee, provide asylum and labor counters at the external borders of Europe and distribute them according to a distribution key the Member States. Which brings us to the next point: 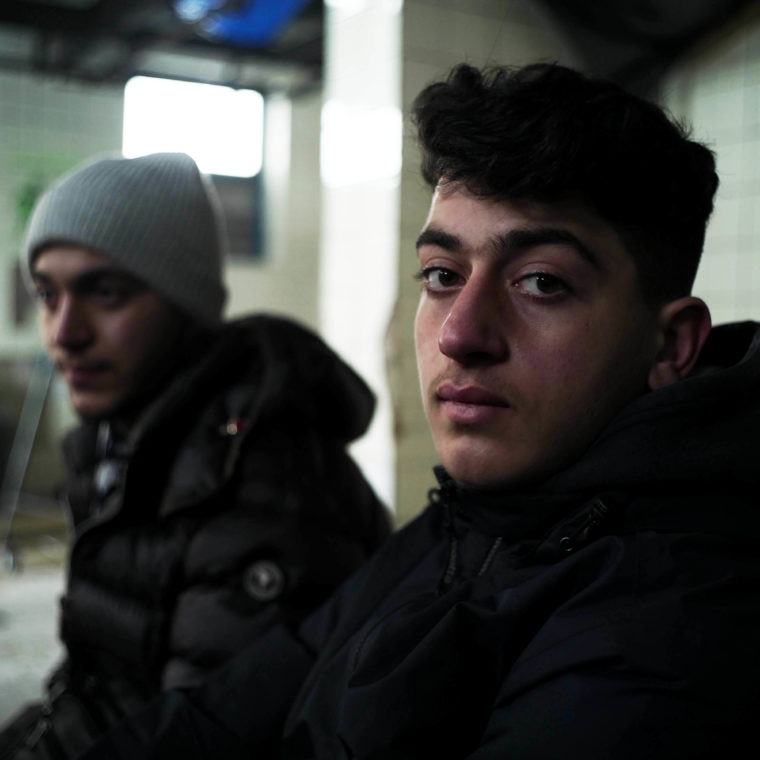 2. Relocation of unaccompanied minors from border countries Italy and Greece to other EU Member States.

In the city park of Thessaloniki, 17-year-old Mo stands in the beam of a lamppost turning his cheek: “Because Greece does not help me, I have been forced to do illegal things. I don’t want to prostitute myself, but how can I live on 50 euros a month?”

Refugee minors living on the streets can be found in all Greek cities. And there are thousands more in the inhumane Greek horrorcamps, such as in Moria. It is mainly the Afghan children who fall between the cracks. They fled from Taliban recruitment and are the largest group of unaccompanied minors. The teenagers receive no education or shelter and are on their own. This makes them vulnerable to crime, exploitation and human trafficking. Greece cannot handle the numbers and in 2019 already issued an emergency call to its fellow EU member states to take over these vulnerable young people. The Netherlands gave no response, despite broad support from the population: 178 municipalities and five provinces indicate that they are prepared to take care of unaccompanied children. 1400 members of the ChristenUnie, CDA, D66 and VVD have even called for the redistribution of all refugees. Thousands of doctors, churches, prominent figures and former Jewish children-in-hiding also show solidarity. To date, the Netherlands has only admitted 2 youngsters. 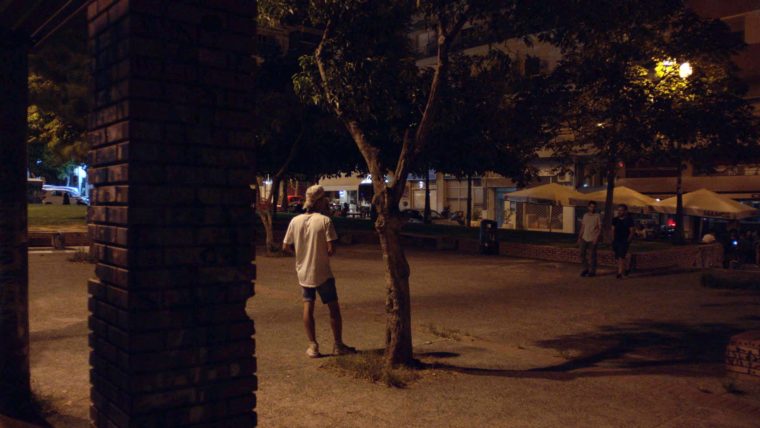 Mo (17) from Iran is doing anything in Thessaloniki to survive

We note that the Netherlands is ignoring the emergency call from fellow EU Member State Greece and a significant proportion of its own citizens. Italy and Spain cannot help the large numbers of asylum seekers on its own either. Where is solidarity within the EU? A mandatory distribution key should be part of the new EU migration pact. Instead, voluntary solidarity is still assumed. But that leads to nothing.

As long as there is no solution for a fair distribution within Europe, we call on the Dutch government to take in at least 500 unaccompanied minor asylum seekers from Greece and Italy as soon as possible.

3. No push backs and no violence against children at the borders of Europe.

The Syrian Mohammad (14) was arrested by Croatian border guards. “They asked how old I was. When I told them I’m 14 they didn’t believe me. You are already 20, they said. “He had no chance to apply for asylum and was taken in the back of a blinded van and deported at the Bosnian border. “We had to undress completely, in the snow. They took our phones and destroyed them. Then we had to walk back across the border. “

Mohammad is no exception. Croatia is said to have returned more than 10,000 refugees in this way in 2018 alone – something that, according to the Council of Europe and UN refugee agency UNHCR, is contrary to international law. After all, once they have arrived in the EU, refugees are entitled to an asylum procedure. Sending people back without hearing them violates the non-refoulement principle. 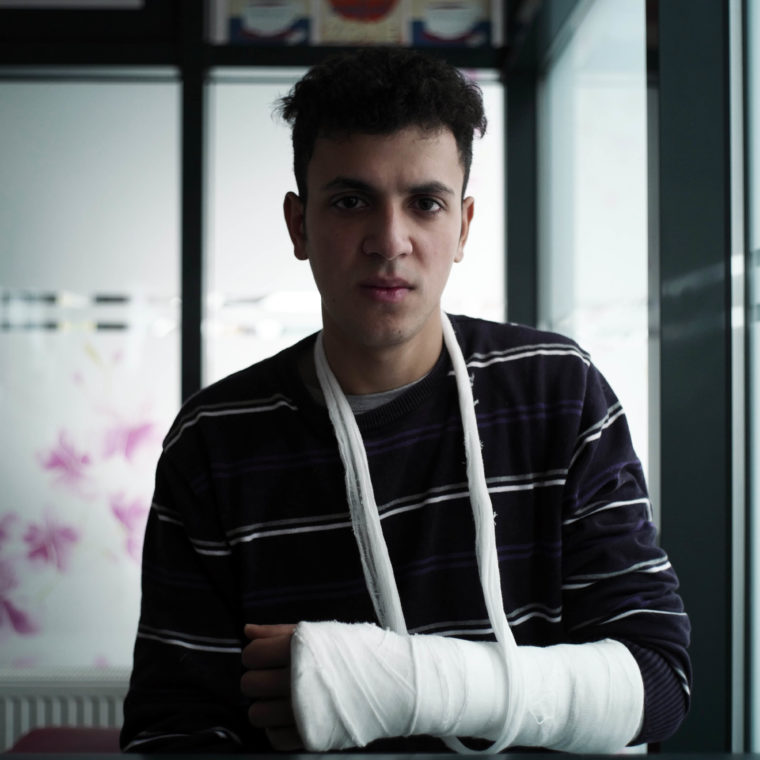 Mustafa (17) from Iraq was beaten up by 14 border guards

These pushbacks are sometimes accompanied by (extreme) violence. Croatia in particular is notorious. Mustafa (17) from Iraq was beaten up by 15 masked men, thrown into the water and received electroshocks. The Afghan “SK” (15) also says that he was beaten up and forced to take off all his clothes and go back to Bosnia and Herzegovina via a river.

Applying for asylum is a right that we agreed in the 1951 Refugee Convention. Give people access to an asylum procedure and stop illegal pushbacks and the use of violence at the European borders.

4. Access to better asylum procedures focused on children and young adults, where 18 is not a hard line. Attention to trauma processing and faster family reunification.

“I thought the games were over,” says the now 17-year-old Afghan SK when he finally reaches Belgium after two years and applies for asylum. “All those questions, I don’t understand what they want. This looks like a new game: the mindgame. My head no longer works after two years of barely sleeping. I am confused.”

SK isn’t alone. Refugee children and young adults traveling alone often have little understanding of the procedure they enter upon arrival. Our asylum system takes little account of their vulnerable position. There is too short a rest and preparation time. Young people often do not trust the officials. They are not allowed to lie but have become suspicious because of their journey. They are expected to provide evidence for their story, just like in the adult proceedings. Age surveys are unreliable and young people often do not know what is expected of them. Specially trained employees must be able to invest longer in a relationship of trust.

Mohammed has not seen his mother in 2.5 years.

Even though these children are finally safe themselves, their worries are not over. Many of them are often incredibly concerned about their family members who have stayed behind, who are often trapped in war zones. It now takes far too long to decide on a family reunification application, the burden of proof is high and it is often difficult for family members to travel to diplomatic posts in neighboring countries. Mohammad (14, Syria) has not seen his mother in 2.5 years. Jano and Shiro’s mother had to undertake a perilous journey from Syria to get the correct documents to the Dutch embassy. 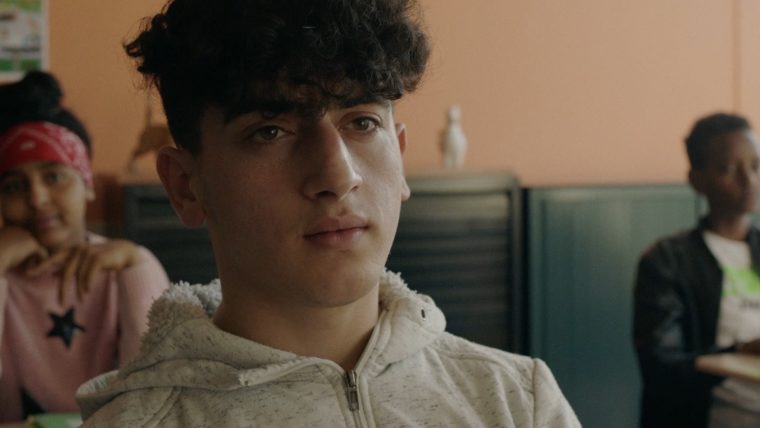 After 7 years, Shiro can finally go back to school

Young people traveling alone who can prove that they are under 18 are received in special housing units in the Netherlands, are given a guardian and can go to school. But when you are (just) 18, you will fall by the wayside. Young adults end up in a regular asylum seekers’ center without specific assistance and do not go to school. The bizarre difference becomes very clear in the story of the Kurdish Syrian brothers Jano and Shiro. When they arrive in the Netherlands, Jano is 18, Shiro 16. While Shiro goes to school, receives guidance and lives together with other young people, Jano languishes in an asylum seekers’ center. Due to the boredom and lack of perspective, Jano is also more haunted by trauma than Shiro. 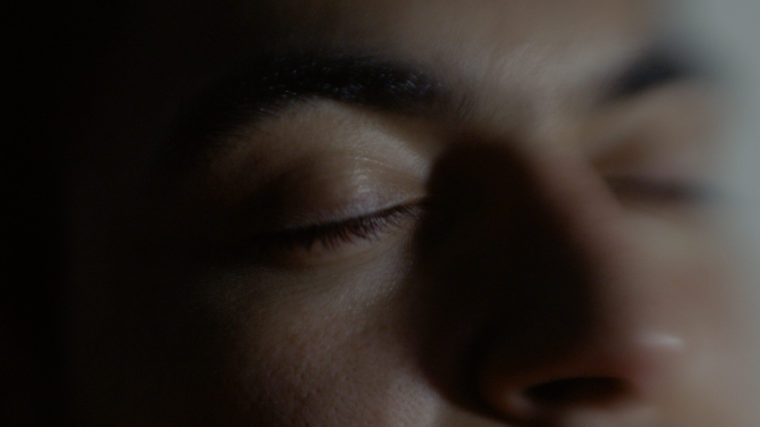 We believe that all these points hinder the successful integration of young people traveling alone and therefore propose:

Give unaccompanied refugee children arriving in the Netherlands after a traumatizing journey a time of rest and preparation to work on debriefing, trust and stabilization.

Focus on the interests of the child in the procedure. Include child-specific grounds for prosecution, such as recruitment, honor killing and forced marriage, in the assessment of children’s asylum applications. Offer personal and intensive guidance.

Get rid of the hard line between 18+ and 18 -. Let immigration law treat young people aged 18+ as adolescents and not as adults. Do this following the example of Dutch criminal law. Provide them with quick access to education and opportunities for successful integration.